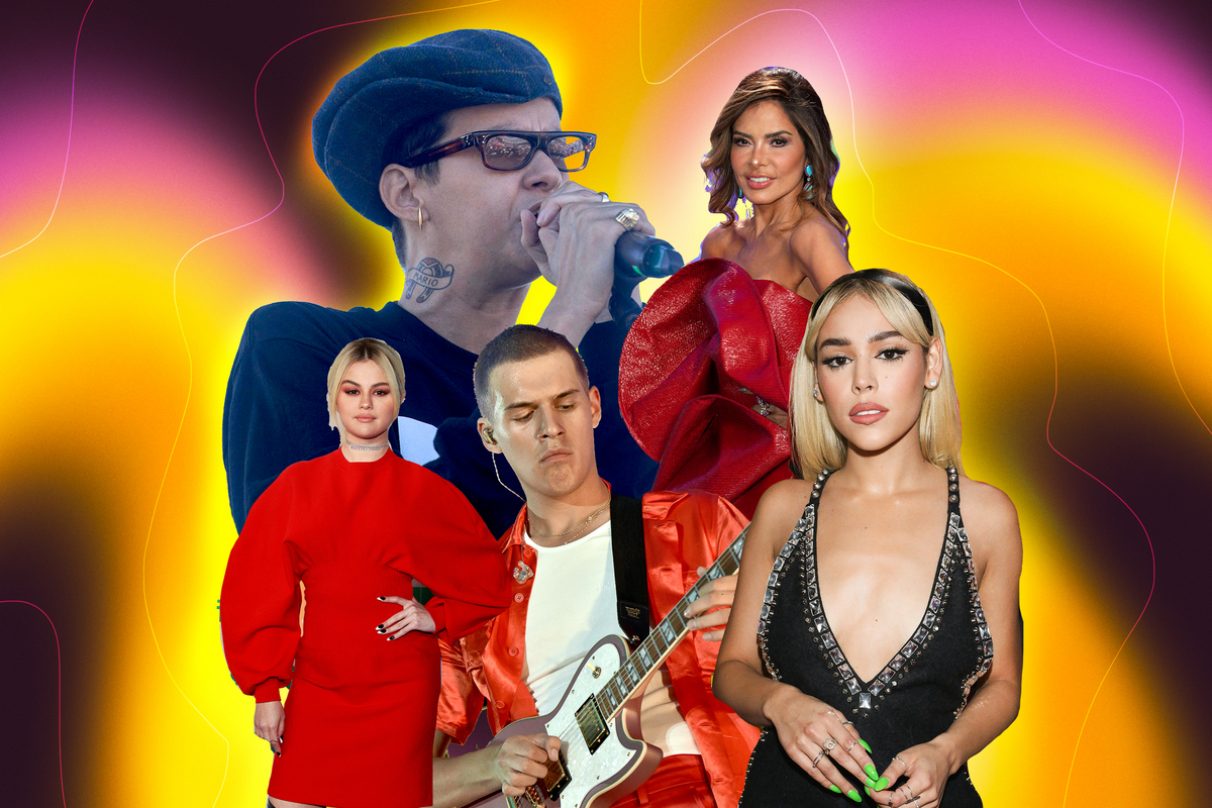 The nominees for the 22nd Latin Grammys were released to a flurry of social media activity last week, unveiling many surprises and even a social media squabble. Amid the celebration of Camilo fans, as the artist received eight nominations including the major categories, there was also the very public Instagram feud between J Balvin and Residente over the legitimacy of the awards, which—until yesterday—was still evolving.

And though these incidents made the most headlines, it’s safe to say there was no shortage of discourse surrounding the event. All of this also went hand-in-hand with the joyful sound of artists and fans alike celebrating the first-time nominees. From Selena Gomez being showered in praise for her first Spanish-sung single to Rita Indiana receiving her first nomination after a decade-long career.

Here are the first-time nominees at this year’s Latin Grammys we’re particularly rooting for.

Gomez has been nominated for Best Short Form Music Video for “De Una Vez,” the lead single off of her first full Spanish-sung project, Revelación. The music video for “De Una Vez” features nods to Gomez’s Mexican heritage, like the blush pink dress she wears referencing the cultural Tehuana dress, and the glowing heart in her chest referencing the Catholic iconography of the sacred heart of Jesus.

In addition to receiving her first Latin Grammy nomination and launching the first season of her new show, Only Murderers In The Building, the Mexican-American singer, actress, and producer has been named by the Latin Recording Academy as one of the Leading Ladies of Entertainment.

This year, Gloria Trevi is nominated for her first-ever Latin Grammy—a nomination that is long overdue. Together with Chile-hailing singer and previous Latin Grammy Winner, Mon Laferte, they’re nominated for the category of Best Pop Song for “La Mujer,” their collaboration. An indisputable Latine icon, Trevi has spent her decades-spanning career reinventing herself and her style, going from singer to actress to businesswoman. After 11 albums, 25 awards (including a Premio Juventud for Girl Power), and her many anthems that have resonated with multiple generations, Trevi has created an empowering public persona by exhibiting a fierce passion for her craft and leading with authenticity.

The producer shaking up the beats behind new favorite Latine pop tracks is nominated for the first time, including the Latin Grammy for Best New Artist and Producer of the Year. Bizzarap, whose real name is Gonzalo Julián Conde and hails from Buenos Aires, has previously collaborated with artists like Nicky Jam and Nicki Nicole through his BZRP Music Sessions. These are short-form Youtube videos on his channel that show him and his guest artist performing a freestyle session—all vocals and production done live and on the spot. Each of his videos has ranked millions of views and solidified his spot as the new generation’s go-to producer. For the Best Rap/Hip-Hop song, he shares the nomination with Snow Tha Product—also a first-time nominee who’s long overdue for the Academy’s recognition.

Omar Apollo earned his first Latin Grammy nominations for Record of the Year and Best Alternative Song for “Te Olvidaste,” his new track with Spanish superstar C. Tangana. Apollo is a Mexican-American R&B musician based out of LA, most recognizable for his delicate and haunting voice set over self-played guitars. The last two years have been monumental for Apollo’s career. In addition to his nominations, he also released his first full-length album Apolonia. The album is a bedroom-recorded celebration of a year spent indoors, featuring artists like Kali Uchis and Ruel.

One of the artists nominated in the coveted Best New Artist category, the Buenos Aires-born Maria Becerra is making a statement in the trap-pop genre. Inspired by fellow powerhouse vocalists Ariana Grande, Mariah Carey, and Whitney Houston, Becerra’s style combines all of the vocal acrobatics of her inspirations, with the art forms of her culture. Her debut album, Animal, showcases her sultry vocals and infectious tracks, featuring collaborators Becky G and Danny Ocean. With a combination of brilliant talent and critical acclaim, Becerra is slated to become the next big Latina pop star.

Star of the wildly popular Netflix show Elite and established pop sensation, Danna Paola received her first nomination for Best Contemporary Pop Vocal Album for K.O. The album is the sixth in her discography, starting when she was just 12-years-old making Mexican telenovelas. K.O. featured the “Mala Fama” singer in all of her pop princess glory, with guests Sebastián Yatra and Mika aiding the musical journey. K.O. is a shining example of what excellence in Latine pop is, and Danna’s listeners and fans of pop culture alike can agree that this nomination is long overdue.

Rita Indiana is an artist that one can only describe as larger-than-life, fearlessly breaking the molds set for her and inventing herself in her art. This year, she received a well-deserved Latin Grammy recognition, in the form of a Best New Artist nomination. Another artist that created a social media frenzy, Indiana’s name trended on Twitter as thousands of her fans shared stories of how Indiana’s music helped them find comfort in their identity as they discovered their places on the LGBTQ+ spectrum. Other fans criticized the Latin Recording Academy for being “out of touch” with the public since Indiana’s musical career spans 15 years and has reached what many people hail as icon status—hardly being a new artist.

After releasing 10 solo EPs and LPs, an album with singer/director Álex Anwandter, and three Copihue de Oro Award nominations, Chilean singer Gepe has finally been nominated for his first Latin Grammy—Best Alternative Song for his collaboration with Argentinian composer Vincentico, “Confía.” Gepe is hailed as one of the new reinventors of Chilean folk music, combining the cultural elements that were rampant in the genre in the ‘60s and ‘70s, and giving it an electro pop-inspired, minimalist breath of fresh air.