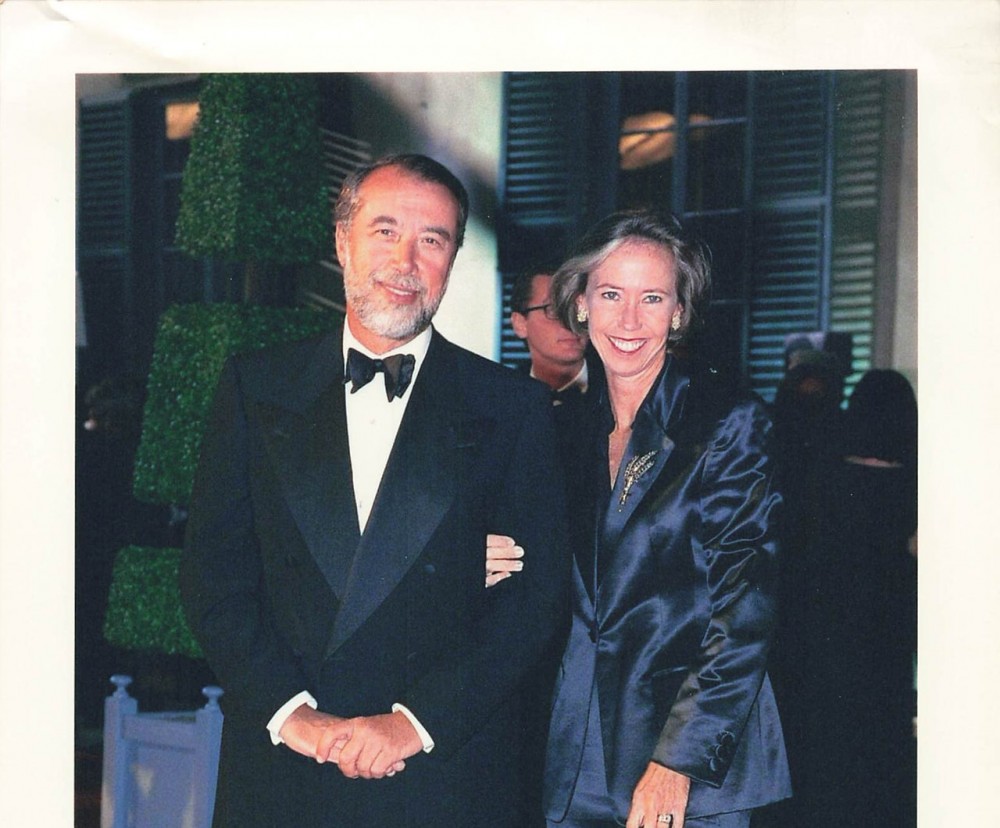 My mother wore Alexander McQueen silk sarouel pants to my college graduation. I remember being equal parts delighted (she looked amazing) and also horrified (why couldn’t she be a normal mom?!).

My mother, Eleanore De Sole, known to her grandchildren as “Mama D,” was born in Orange, New Jersey. She is strong-willed, whip smart, and set in her ways. In the ’80s, she was a branch manager at IBM with strong ambitions to become president of the company one day. All photographic evidence suggests that the power suit was her go-to look in those days. She was moving up the corporate ladder until she banged her head on the glass ceiling (her boss told her flat out one day that it was never going to happen). A high-pressure job, two kids, and the role of corporate wife—something had to give. She decided to focus on the latter two and leave the professional world behind.

My mother’s love of fashion has been a constant all my life, but her fashion awakening really began when we moved to Italy as a family in 1993. My father, along with a then unknown designer named Tom Ford, was tasked with turning around the ailing Gucci brand. My mother hated living in Florence; she didn’t speak the language and found herself isolated. Fashion became an outlet for all the emotions she was hiding, I think.

As she became more confident in her supporting role within the industry, her love of unexpected fashion choices grew. She went from wearing preppy silk sunflower capri pants to effortlessly embracing velvet hip huggers and pink crystal pants. In her 50s, my mother was wearing cutout tops from Nicolas Ghesquière’s spring 2002 Balenciaga collection. Her silver-gray hair has always been her signature accessory. It sets her apart in an industry that is often chasing youth.

Fashion is a really important part of my relationship with my mother. She calls me after certain fashion shows to swap notes—a recent Chanel show had her pining for a classic tweed jacket that we ended up giving her as a 70th-birthday present. She still reads WWD every morning and often quizzes me on the industry news of the day. We pick out clothes together for my less-fashion-inclined sister (at her request!). She’s laid claim to one of my black Chanel evening bags and I’ve held on to a pair of her gray snakeskin Tom Ford kitten heels far longer than she ever wanted me to. After I saw her wear my form-fitting, crystal-embellished Prada dress, I let her keep it. I couldn’t imagine wearing it again after I saw her in it.

My mother never really told me what to wear growing up, but rather led by example. Here are the lessons I’ve gleaned from watching her over the years.

Don’t be afraid of a statement piece. My mother has always been thoughtful about what she buys, and she has a wardrobe that has stood the test of time. She has a closet full of ’90s-era Tom Ford for Gucci pieces that look just as modern in 2021. The red velvet tuxedo (made famous by Gwyneth) she wears almost every Christmas never gets old. Ditto the spring/summer 2000 pink crystal pants. What might have felt like a trendy statement in 2000 has somehow become a forever staple in her closet that gets pulled out regularly and paired with a simple knit or white T-shirt.

Be yourself. My mother loves to host home-cooked meals at the house; she prefers it over going out to restaurants. I think most people would dress to the nines to impress the likes of Lee McQueen or Stella McCartney, but she was always herself, usually in flat shoes and minimal makeup. I’ve always admired her effortless style and tried to emulate it in my own life.

Buy the outfit, you’ll wear it more. If you try on an outfit at the store that involves a top and bottom, do not just buy the bottom without the coordinating top. You’ll never wear the bottom and have just wasted the money you spent. Buy the outfit.

Dress the part. My mother bought me suits when I was still in high school to prepare me for summer internships, understanding I needed to work hard, but also dress the part.

Know what works for you. My mother is fiercely loyal to the designers she admires and that fit her aesthetic. After years of watching my mom wear Derek Lam skinny pants, silk blouses, and Tom Ford suits on rotation, I was inspired to find my own uniform that came in the form of knit A-line tops and coordinating skirts.

When packing for a trip, pick a color scheme and stick to it. When I started traveling for the shows early in my career at Vogue I’d pack three huge suitcases, which horrified my mother. Half my luggage space was dedicated to shoes for every outfit and every color: some brown, some black. Her advice? Pick a color and stick to it. Only bring outfits that pair with black shoes instead of bringing outfits that need a change every day!

Wear eyeliner. I’ve failed at this one—but who listens to their mother 100% of the time?