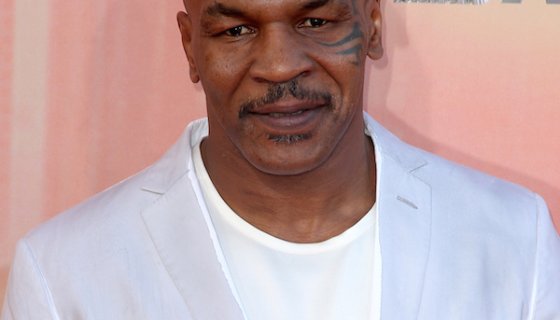 done did it and hopped in the podcast game (we mean, why not?) and though you’d think Hotboxin’ With Mike Tyson would feature boxers from today and yesteryear, it’s actually a show that welcomes entertainers from all over the board.

His latest guest was non other than Slim Shady himself, , who mike referred to as “the only white guy that knows what it’s like to be a n***a.” Didn’t ? With the both men sitting in awe of one another, Mike and Em spoke about the struggles and plights they faced throughout their lives.

From the ring to the stage at the Oscars, both men share some interesting stories about their roads to boxing and Hip-Hop history.

Here are the 6 things we learned from Eminem and Mike Tyson on Hotboxin’ With Mike Tyson.

I got to see my Uncle Elton tonight at the Oscars. Congrats on your win too, Sir! @eltonjohn

Eminem says he started writing rhymes at 12-years-old after being inspired by LL Cool J. Of course he was trash, but needless to say he went on to become a rap icon. Millennials wondering who LL Cool J is. Heck, they probably wondering who Eminem is.