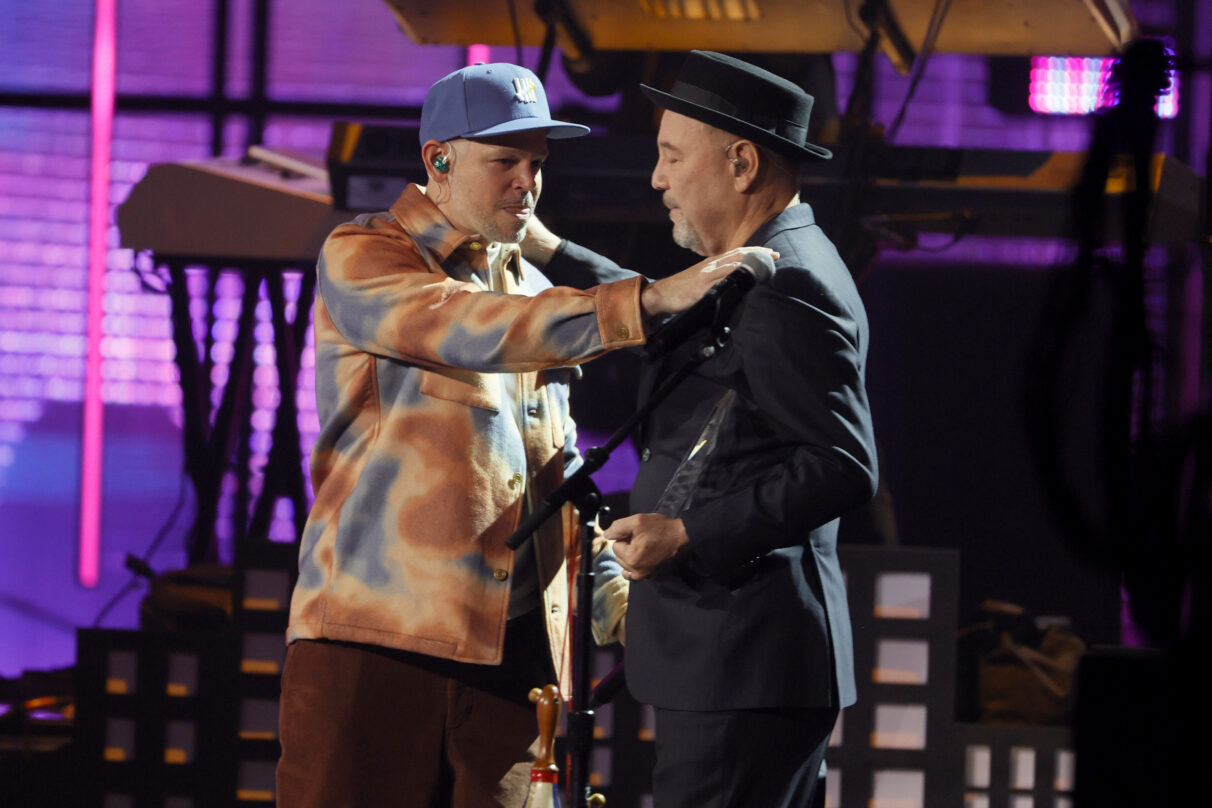 The Latin GRAMMYs is the most important and exciting night for Latin music and the 22nd annual Latin GRAMMY Awards Thursday night did not disappoint. Fans were buzzing all over Twitter celebrating their favorite’s victories, mourning their losses, and hyping up their favorite moments. There are bound to be amazing moments when you pack a space with the biggest names in Latin music, and that is exactly what we got this year.

Some of the usual guests gave us moments we will be talking about all weekend. Meanwhile, some stars made triumphant and jaw-dropping returns to the red carpet and the stage, looking at you Xtina! If you weren’t watching last night, no te preocupes, we got you covered with six of the most exciting moments from the 22nd Latin GRAMMY Awards.

Get ready to get your fill of the hottest moment of the Latin GRAMMY Awards so you have something to add to the conversation.

Residente was shaking while honoring music royalty Ruben Blades. The 73-year-old musician was honored with the Latin Academy’s Person of the Year Award. The honor is bestowed on the best of the best in Latin music. Residente’s touching speech celebrating Blades’ influence on him was one of the most heartwarming moments we got to witness.

This is one of the biggest BTS moments of the night: Las Muchachas just slaying the game without doing more than standing there. It’s not often you see four powerhouse stars side by side, yet here we are. Twitter users are truly blessed to have a chance to witness and celebrate the strength of these musical pros working together. Clad in black outfits, it is clear that these ladies are here to bring the kind of performance, and attitude, we love to see at the award show.

It’s Bad Bunny being Bad Bunny in the most adorably Bad Bunny way. The artist won for Best Rap/Hip Hop song and his acceptance speech has everyone swooning over this genuine, down-to-earth vibe. The fact that he still gets nervous when taking the stage at award shows after winning quite a few of them is just one of the most real moments. Just goes to show that no matter how much you take the stage, those nerves can still be real.

“Sometimes I don’t know if it’s better to win or to lose because no matter how many times I stand up here, I always get so nervous!” – Bad Bunny being the most relatable award winner of the night #LatinGRAMMY @sanbenito 🙌 pic.twitter.com/FRajlt4ts3

Camilo’s face while Juliana Velásquez performed during her acceptance was all of us! The winner of Best New Artist took a moment during her acceptance speech to show off her incredible voice — and fans are loving Camilo’s reaction. That smile that broke across his face as he took in the majesty of the moment is something fans of the show quickly related to.

Sometimes a moment comes not from what someone is doing, but what someone is wearing. Roselyn Sanchez’s very big and fluffy dress was all over Twitter. The video everyone is sharing and talking about is when Sanchez was on the red carpet and stepped on the spinning platform to give us all the angles. Thank you for making sure we had a chance to take the full look in, Roselyn.

“Patria Y Vida” winning Song of the Year says it all. The song was an anthem inspired by and used by the Cuban people who took to the streets earlier in the year to protest the government’s unrelenting regime. The audience erupted with excitement when the political statement took home the award showing the importance of using art to tell stories.