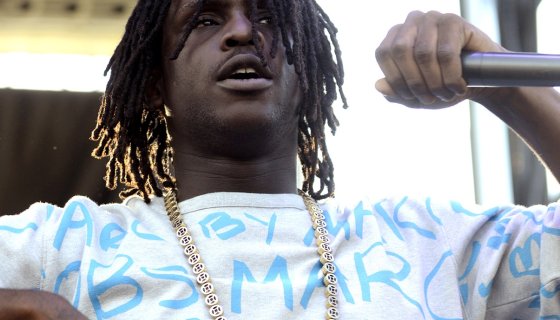 50 Cent is apparently in a later is better than never mood. He revealed what became out of fear of commitment issues.

As spotted on High Snobiety the G-Unit mogul shared something unexpected and largely forgotten about this week. On Wednesday, April 29 he released the video for . While this track was supposed to keep the Drill rapper’s buzz going it actually marked when his career came to a screeching halt. In 2012 a video was set to be filmed in Las Vegas with a budget to afford guest appearances from 50 Cent and a lock less Wiz Khalifa. The thing is Keef never showed up. Now we get look of the vibes which appear to filled with the Fif and Wiz driving dune buggies throughout the dessert while being flocked by video models.

While Curtis seems to be in a good place now about the failed opportunity he was not feeling it eight years ago. According to his Twitter he said “Its not funny @ChiefKeef didn’t sell any records yet,they will pull the plug on him.” When asked about the situation on The Breakfast Club in 2017 he said he holds no grudges against him.

At my new job

The man born Keith Farrelle Cozart became the face of the Chicago Drill scene with his hit “I Don’t Like” in 2011. He eventually was signed by Interscope Records under the blessings of Jimmy Iovine. Keef later would blame the label for his debut album’s poor performance.