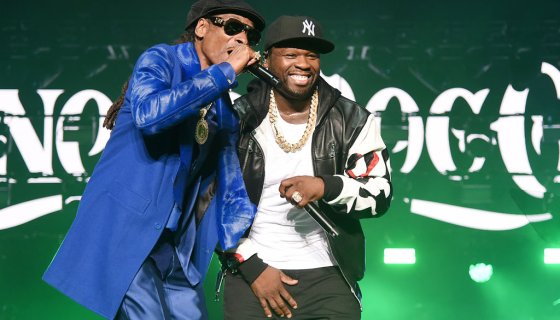 Since the battles began, has been his archrival to go head to head once and for all and 50 has finally responded–but not in a way Ja would like.

On Friday (May 1) during a virtual interview with on Big Boy’s Neighborhood, 50 Cent revealed who he really would like to challenge to a battle, naming and broke down the qualifications to one simple factor–catalog.

“It would make more sense catalog wise, me, and Snoop. Cause we could compete every step of the way,” 50 told Big Boy. “Ja Rule? He got like five, six good duets. The hit records are all him and Jennifer Lopez, him and Mary J. Blige, him and Ashanti. Him and … a woman, a female. All the records. He got one hit song by himself, ‘Holla Holla.’”

Although Fif vowed to leave his petty ways in the past, 50 joked in addition to most of Ja’s songs being features with women, they also belonged to someone else.

The was rekindled a few weeks ago when the “Clap Back” rapper suggested that the two foes jump on Instagram Live to go catalog for catalog. Ja even told he would “behave during such a battle but has since changed his stance in subsequent interviews and comments.