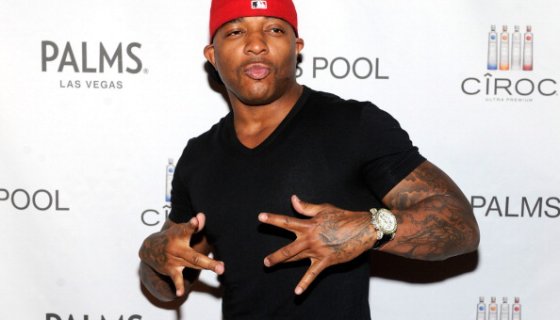 , born Lawrence Wright, has surrendered and is heading to jail. The former G-Unit rapper will be serving a 1-year sentence for his involvement in a prostitution ring.

The rapper turned himself in to Blue Earth County Jail on June 30 in Minnesota where he’ll do one year behind bars after pleading guilty to 1 felony count of promoting prostitution of an individual … according to court docs.

Once he’s done his time in jail, 40 Glocc will be on 10 years of supervised release … and if he messes up during that period, the rapper could get locked up again. As part his supervised release conditions … he can’t use or possess firearms, has to get a GED, and submit to random alcohol and drug testing.

You’ll recall the rapper struck a sweet plea deal with prosecutors back in October … more than 2 years after he was arrested in July 2017. Prosecutors agreed to drop 2 other felony charges — fleeing a peace officer in a motor vehicle and engaging in the trafficking of an individual.

40 is getting off easy considering he got pinched after reportedly driving a woman to an unknown locale after an undercover cop had linked up with her an ad posted on Backpage.com.

Another 40 Glocc career highlight includes . Oh wait, there was also the time he . Oh yeah, he used to run with G-Unit, too—so there’s that.

Life comes at you quite fast.