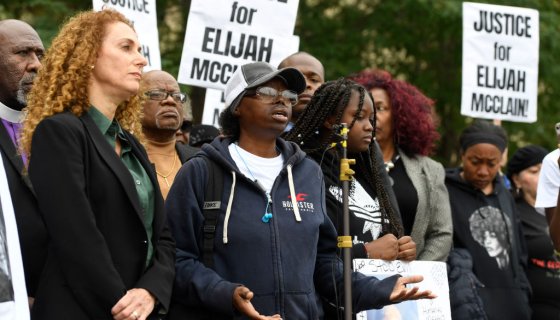 Four Aurora police officers were fired from their posts after three of the officers staged a photo mocking the chokehold that eventually claimed ‘s life. A fourth officer was fired after being sent the photo and laughing at it.

As reported by local outlet CBS 4, officers Jaron Jones, Erica Marrero, and Kyle Dittrich took a photo near the memorial site for the 23-year-old McClain, who was walking home after visiting a local gas station for drinks and snacks. McClain was placed in a chokehold, dying days later due to complications related to his injuries.

The fourth officer, Jason Rosenblatt, was one of the arresting officers in the August 2019 encounter with McClain and was sent the photo in question, replying “Haha” to the image.

Aurora Police Department’s Interim Chief Vanessa Wilson said in a news conference that Rosenblatt was fired for “his lack and utter ability to do the right thing here” during her statement.