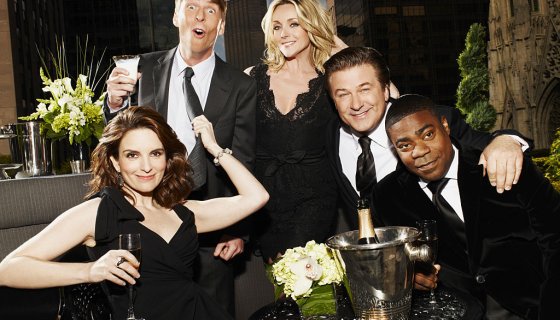 Cultural sensitivity should be top of mind for any reputable brand. NBC is showing that they hear the masses by pulling some shows that do not align with today’s temperature.

Vulture is reporting that the National Broadcasting Company is manning up to their faults by scrubbing some crass comedy bits. 30 Rock was guilty of including into their scripts. On four episodes Jane Krakowski’s wore the crass theatrical make-up. The idea had long been practiced by non-Black performers to play Black characters. Unfortunately the tactic almost always portrayed people of color negatively and unfairly cauterized us as inferior human beings. While the practice has long been acknowledged as a bigoted fueled faux pas, some folks still act like they don’t know.

Thankfully Tina Fey sees the error of in the show’s ways. “As we strive to do the work and do better in regards to race in America, we believe that these episodes featuring actors in race-changing makeup are best taken out of circulation,” she said in a memo sent to platforms who stream the sitcom. “I understand now that ‘intent’ is not a free pass for white people to use these images. I apologize for pain they have caused. Going forward, no comedy-loving kid needs to stumble on these tropes and be stung by their ugliness. I thank NBC Universal for honoring this request.”

The episodes in question are “Believe In The Stars” (season 3, episode 2) and “Christmas Attack Zone” (season 5, episode 10) where Jane Krakowski’s character Jenna is in . Additionally Jon Hamm wore the paint of shame in a “Amos ‘n’ Andy” parody in “Live from Studio 6H” (season 6, episode 19).