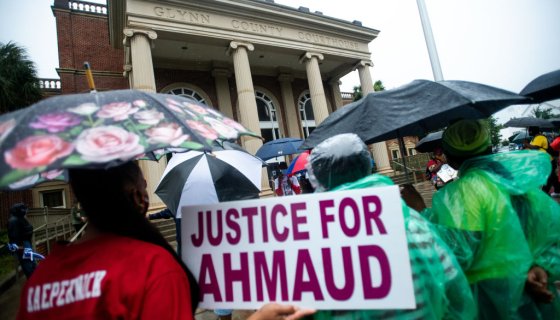 The three men connected to the murder of were handed down an indictment by way of a grand jury on Wednesday (June 24). Father and son and William “Roddie” Bryan, who filmed the fatal encounter, were indicted on malice and felony murder charges.

News outlet 11 Alive reports that Cobb County District Attorney Joyette Holmes, who is heading the prosecution, announced the indictment after a Cobb County Grand Jury came to their decision. On the same day of the indictment, the Georgia General Assembly passed a hate crimes law for the first time, ending Georgia’s distinction as one of only four states who didn’t have a hate crimes law in place.

“This is another step forward in seeking justice for Ahmaud. Our team from the Cobb Judicial Circuit has been committed to effectively bringing forward the evidence in this case, and today was no exception,” Holmes said to the press.