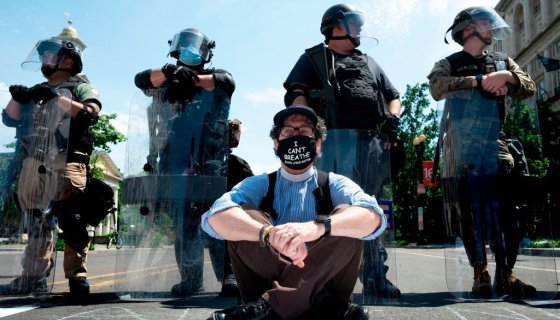 Derek Chauvin was , but protests continue as the other 3 officers involved remained free. Today (June 3), the aforementioned cops who stood by while Floyd was killed have been charged with aiding and abetting murder.

Chauvin’s charged have actually been elected from third-degree murder and manslaughter to now second-degree murder. It was Chauvin who kept his knee on Floyd’s neck for over 8 minutes as the doomed Black man pleaded for his life, telling the now ex-cop he couldn’t breathe.

According to NBC News, criminal complaints were filed by the state of Minnesota on ex-officers Tou Thao, Thomas Lane and J. Alexander Kueng on Wednesday. The murder charge against another former officer, Derek Chauvin, was also elevated to second-degree murder.

Floyd’s family ordered and paid for an independent autopsy that . The original coroner’s report tried to pin his death on underlying conditions. While the medical examiner did determine his death to be a homicide, the report noted Floyd had “hypertensive heart disease, fentanyl intoxication and recent methamphetamine use” per NBC. As if a grown man squeezing your air passageway was just a peripheral factor.

All four of the ex-officers were fired on May 26, a day after the video of Floyd’s heinous detainment which led to his death went viral.

Minnesota Attorney General Keith Ellison is the lead prosecutor in the case against the former officers.

The officers originally arrived and detained George Floyd on suspicion that he used a fake $20 bill.

Nationwide, protests and unrest have followed as and the countless other Black people murdered at the hands of police.

Justice moved half-millimeter today. We got 3000 miles to go.