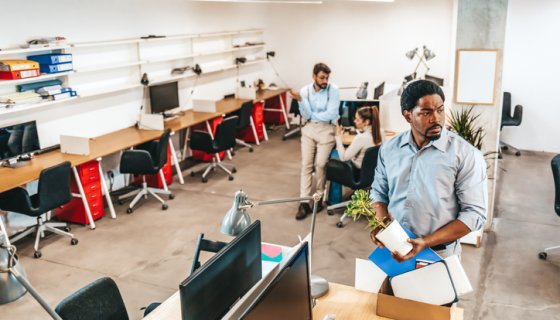 As the entire country wrestles with the new realities heaped upon all by way of the spread of the causing , jobless claims have swelled to record numbers. In the past week, it is reported that 3.3 million Americans have filed for unemployment benefits as new uncertainties loom ahead.

On Thursday (March 26), the Labor Department shared in a press release that laid out the details of the swelling numbers. In short, these figures eclipse the Great Recession’s numbers of 665,000 in March 2009 and the all-time mark set in October 1982 of October 695,000.

The uptick in numbers is no doubt linked to the closures of businesses and retail establishments as officials across the country are following state-guided mandates in combating the spread of the virus. According to a report from The Washington Post, economist suggests that over 40 million Americans will be jobless by next month.

The publication added in its reporting that individuals out of work and seeking benefits are waiting hours on the phone to complete their application but those offices are slammed due to the record number of people nationwide seeking help.

In February, the unemployment rate stood at 3.5 percent, which has been touted as a win for the Trump administration. It is now more likely that the rate has jumped to 5.5. which would surpass President Barack Obama’s 4.7 percent average after he inherited a crumbling economy from President George W. Bush.

It should be noted that when Obama took office, the unemployment rate was 7.8 percent, thus marking the aforementioned Great Recession. Obama’s administration lowered the numbers significantly over the course of Obama’s two terms in office.