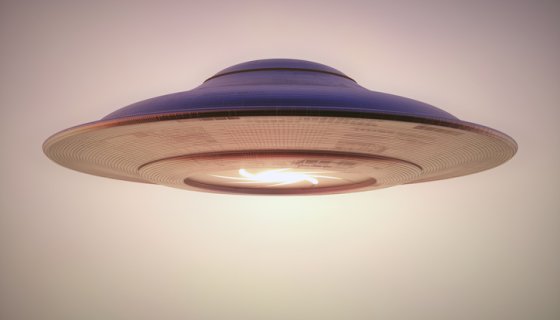 2020 is turning out to be one hell of a year. In the midst of the , the Pentagon decided it was a good time to release UFO footage, and now Twitter is digesting it.

As if we didn’t have enough to worry about, now we can possibly add aliens to that growing list. let go of three video clips of UFOs (unidentified flying objects) doing some impressive maneuvering in the skies over US military bases. The footage was initially shared back in 2007 by a private company.

The Pentagon claims it decided to release the clips “in order to clear up any misconceptions by the public on whether or not the footage that has been circulating was real, or whether or not there is more to the videos,” a spokeswoman stated.

“After a thorough review, the department has determined that the authorized release of these unclassified videos does not reveal any sensitive capabilities or systems, and does not impinge on any subsequent investigations of military air space incursions by unidentified aerial phenomena.”

In the clips, you can hear pilots absolutely amazed by what they are witnessing as the objects dart across the sky at unbelievable speeds with ease. Another Navy US Pilot back in 2017 shared a similar encounter with CNN describing the movements of the object “like a ping pong ball, bouncing off a wall.”

His reports and many others resulted in the creation of the UFO Identification Program ran by The Pentagon for five years. It came to an end in 2012 when funds ran out.

The Pentagon did not divulge whether or not the object was ET was showing out in his new whip and reassured country there is nothing to worry about. The revelation of the videos has Twitter talking, and the hashtag #Alienist is currently trending with Tweets that are making light of the situation for the most part.

If aliens are watching the planet, we are quite sure they don’t want to step foot on the earth at this moment. You can peep the reactions to the “UFO” footage in the gallery below.

#AliensExist but soon you won't.

If aliens come to earth during lockdown🤷‍♂️

How can we make 2020 more interesting during this pandemic:

The Pentagon: hold my beer pic.twitter.com/nBRnitC42j

When I thought #AliensExist was trending as a joke but it turns out to be real pic.twitter.com/nJqmXlvVMh

when #AliensExist is trending on twitter and people making jokes

When aliens land on earth during a pandemic and see no humans to abduct #AliensExist pic.twitter.com/eK6udj0648

I just woke up and #AliensExist & #UFO2020 are trending on Twitter… pic.twitter.com/vQHJzWTF9t

When people who believe in aliens see #AliensExist trending:

Duh of course #AliensExist, we freed them last year people, did all of you forget? pic.twitter.com/J8DbOeBdZh