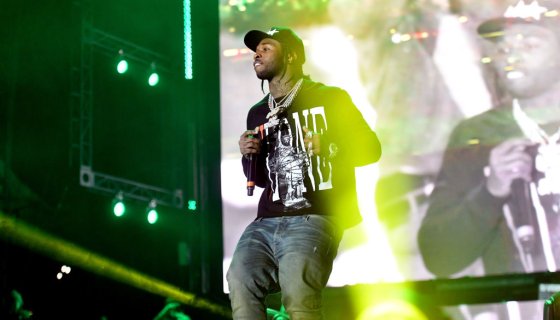 A few days ago, were finally taken into custody by the Los Angeles Police Department. And now, it’s looking like they aren’t just facing life in prison for their transgression, but two of the men find themselves standing on the doorstep of death itself.

According to The Blast, the Los Angeles County District Attorney’s Office announced the arrest of three men and two juveniles for the home invasion and murder of the Brooklyn rapper and explained that two of the men involved in the murder qualify for the death penalty given the charges.

“Corey Walker (dob 11/22/00) and Keandre Rodgers (dob 2/12/02) were each charged today in the case BA488518 with murder with the special circumstance allegation that the murder occurred during the commission of a robbery and a burglary, making them eligible for the death penalty.”

Can’t say we saw that coming. Though we don’t hear about the death penalty being used much these days, the punishment is still very much an option in 30 of the 50 US states and now it seems like both Walker and Rodgers will literally be fighting for their lives when their case hits the court circuit.

As for the young men involved in Pop Smoke’s killing, the D.A. stated that the two will be facing lesser charges in juvenile court.

The D.A. also stated the criminal complaint mentions gang affiliations, and that the other two defendants, two male juveniles, ages 17 and 15, “were each charged with one count of murder and robbery in juvenile court.”

While the specifics behind the murder of Pop are largely unknown, many speculated that the “Dior” rapper set himself up for the invasion when he went on social media and accidentally revealed the address of the house he was renting from Real Housewives of Beverly Hills star Teddi Mellencamp and her husband, Edwin Arroyave.

Now with these new developments, family, friends and fans of Pop Smoke might finally be able to feel some form of relief knowing his killers will be brought to justice.