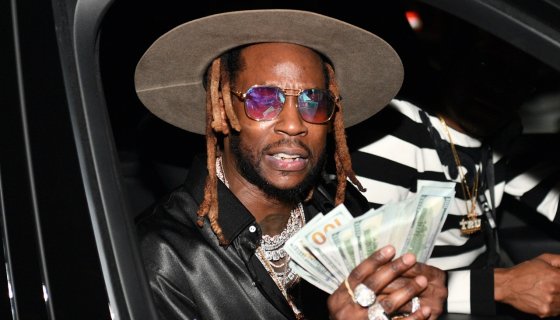 are wasting no time keeping the announcements coming with the highly anticipated online celebration series, . While many thought the super producers were going to announce and as the next contestants, the two beat creating icons instead announced that the series was heading back down south with a head to head and .

On Tuesday (Jul 28), the announcement was made the official VerzuzTV Instagram account with a sleek black-and-red poster of a two-seater Verzuz-branded sports car.

While fans began to make their predictions about who would win, 2 Chainz decided to take to Instagram and share a cheat sheet of his own to show exactly how evenly matched the two rappers actually are. Captioning the Hip-Hop cliff notes, “Interesting,” the “Not Invited” rapper easily showed that while Rick Ross has more number-one albums than Chainz when it comes to Top 100 singles, the two are actually pretty close in numbers.

Regardless of fans opinions on the outcome, both rappers have recent records to add to their respective playlists, Rick Ross recently made an appearance on Freddie Gibbs and Alchemist’s collaborative album Alfredo and 2 Chainz’s latest studio album Rap or Go to the League was released in 2019 and his latest single, “Devil Just Tryna Be Seen” . Outside of their Verzuz showdown, the two hitmaking MCs were set to tour together this spring, before those plans were canceled due to the coronavirus pandemic.

The Verzuz featuring 2 Chainz and Rick Ross is scheduled for Thursday, August 6th at 8pm EST.