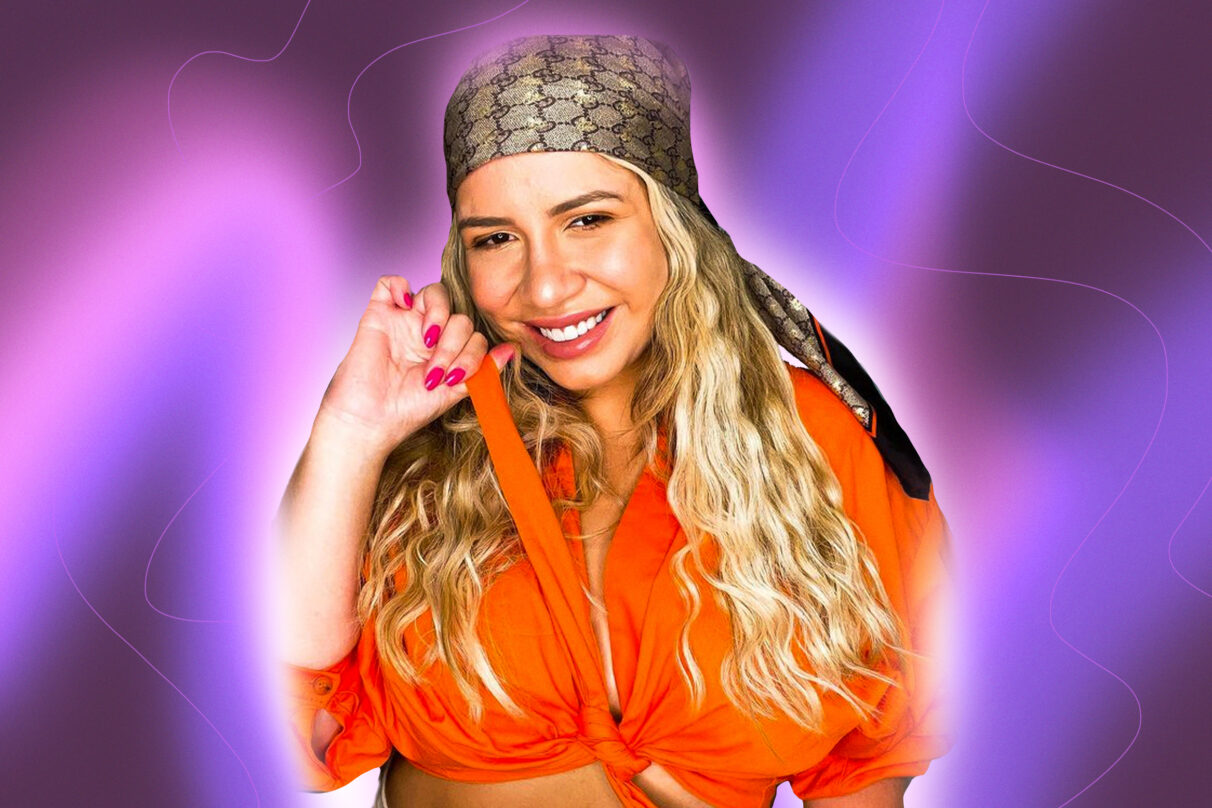 Though she once used to make Brazilians cry with her heartbreaking songs, singer-songwriter Marília Mendonça devastated the country for a different, sadder reason on November 5, 2021. At 26 years old, Mendonça died in a tragic plane crash. She is survived by her 1-year-old son and a legacy of songs that resonate with millions of Brazilians.

The last project Mendonça worked on, As Patroas, got a nomination for Best Sertanejo Album at the 22nd Annual Latin Grammy Awards. Singer Anitta, who collaborated with Mendonça in “Corre Que Ele Vem Atrás,” will lead a tribute performance at the award ceremony on November 18.

Mendonça is one of the most-streamed artists of all time on Spotify and Youtube—in 2020, she broke the record for the most-watched Youtube live stream ever, with 3.3 million viewers. She was also a powerhouse on Brazilian radio, TV, and most importantly, on stage. In 2019, Mendonça started the project “Todos os Cantos” in order to provide an economically accessible experience for her fans in all 27 main cities in Brazil. Though she wasn’t able to complete the tour, Mendonça performed around the country free of charge, resulting in a high attendance rate, further proving her huge popularity in the entire country.

While walking on the path of female sertanejo singers such as Roberta Miranda, Mendonça was sort of a pioneer herself in her generation. Sertanejo universitário, as the current configuration of the genre is called, was a predominantly male field before her. There were few female exceptions. Topics like adultery and alcohol were not at all taboo on sertanejo, but it was unlikely to hear about them from a woman’s point of view, less alone for songs like these to become hits. However, Mendonça’s gift for songwriting and for touching people with her voice was bigger than the limitations of the genre. She even started a trend of her own: “feminejo” (a combination of “female” and “sertanejo”), while also being named queen of sofrência (slang for “suffering”).

No other Brazilian artist wrote and sang about love from the woman’s perspective like Marília Mendonça. She sang as the cheating and the cheated, for women and for men, unafraid to hit where it hurts. She knew exactly what and when to say every word to make the lyrics strike harder. The singer had dozens of hit records under her name and wrote several more for other artists. This list features some of the songs that defined her career, along with others that showcase the fabulous songwriter she was.

Mendonça was only an 18-year-old girl when she wrote “Calma.” It became a huge hit in the voice of Jorge and Mateus. Jorge, from the seasoned duo Jorge e Mateus, once said he fell head-over-heels for the song when he heard the demo. And with captivating melodies and sensible lyrics about trying to help a lover heal from their insecurities, who could blame him?

“Infiel” introduced the then 20-year-old Mendonça to Brazil. With the melody and production inspired by bachata, the song addressed the experience of a woman wanted by an ex-lover who cheated on her. It was hard to believe that such mature vocals and lyrics came from such a young woman. But it wouldn’t take long before Mendonça proved that she was capable of all that and more. “Infiel” was her first big hit, and opened a new era for women in sertanejo universitário.

Mendonça wrote “Ser Humano ou Anjo” along with three female songwriters: Paula Mattos, Maiara, and Maraísa. It was a prelude of what was to come years later—Mendonça’s success as a recording artist opened doors for Mattos, Maiara, and Maraísa to achieve successful singer careers as well. “Ser Humano ou Anjo” is dreamier than the songs Mendonça would become known for, but the traits of her writing style are all present in this love song recorded by the duo Matheus & Kauan.

Sertanejo duo Henrique & Juliano was among Mendonça’s biggest supporters and songwriting partners. Co-written with Juliano, “A Flor e o Beija Flor” evidenced Mendonça’s strong storytelling skills. The sad lyrics have been used by fans to grieve the loss of Mendonça: “How I miss a hummingbird who kissed me and then flew too far.”

Just a few years into her career, Mendonça became a phenomenon in the North, Northeastern, and Midwest regions of Brazil. But she was on her way to conquering the rest of the country as well, including the headquarters of Brazil’s TV and entertainment industry: the Southeast. When “Eu Sei de Cor” was featured in the novela, or soap opera, “A Força do Querer” in 2017, no one could escape the power of Mendonça’s music anymore.

Infidelity was a recurrent theme in Mendonça’s lyrics, and very few artists dared to be as straightforward as she was in “Amante não tem Lar.” She expresses the frustration of being put in second place, in the most devastating way. There’s even commentary of the prejudice faced by women in extramarital affairs: “The price I pay is that I’ll never be genuinely loved / Nobody respects me in this city.”

Compelling vocals and ability to write heartbreaking lyrics—Mendonça had all the ingredients of a great ballad maker. “De Quem é a Culpa?” is one of those career-defining ballads. It’s one of Mendonça’s most remarkable vocal performances and lyrics: “Who are you, who I don’t know anymore? / I fell in love with what I invented about you.”

Few times in sertanejo music had men sung to other men about women with so much respect and generosity as in “Cuida Bem Dela,” take good care of her. In this song, a man sings to his ex-girlfriend’s current lover, asking him to make her happy in ways that he couldn’t. The emotion is felt in the intense interpretation of the duo Henrique & Juliano, but also on subtle details, such as in the lyric: “She likes when you pay attention to her hair.” It’s no wonder Mendonça is among the writers of this song. Writing from the point of view of “the third wheel” without sounding cheesy is no easy task, but she always did it majestically.

Angst and heartbreak marked Mendonça’s songwriting, but she also had the unique ability to make a joke out of her pain. “Todo mundo vai sofrer,” everybody’s going to suffer, is one of those songs where she is equal parts miserable and humorous. Mendonça jokes about a situation where many people are in love, but none with each other: “The one I want doesn’t want me/ The one who wants me, I don’t want them/ No one’s gonna suffer alone/ Everybody’s gonna suffer.”

Female fans related to Mendonça because she sang about women’s feelings like no other. Additionally, she spoke all the truths women didn’t like to hear but needed to. For example, in “Supera” (get over it), Mendonça tells a female friend that she deserves better: “Promise me that this time you’ll tell [him] no/ From one woman to another, get over it.”

Mendonça was versatile to the point that she suited many other genres besides sertanejo. She collaborated with many big names in Brazilian music, from MPB legend Gal Costa to funk carioca queen Anitta. In “Melhor Sozinha,” she joins singer and songwriter Luísa Sonza. Even though Sonza has a star quality of her own and the song itself is titled “Better Off Alone,” Mendonça’s participation makes all the difference. Sonza’s trap-inspired style blends perfectly with Mendonça’s sertanejo style.

Mendonça’s last work was As Patroas, a group she formed with her friends and songwriting partners Maiara and Maraísa. “Todo Mundo Menos Você” is one of the best collaborations from the project, with Mendonça delivering a great performance. The lyrics connect with anyone trying to become a better person after a breakup, talking about still missing their former lover despite the separation: “I learned my lesson/ But where are you to give me applause?/ If everybody sees how much effort I’m making, why don’t you?” Mendonça may be gone, but the last we heard of her was as good as any of her best.