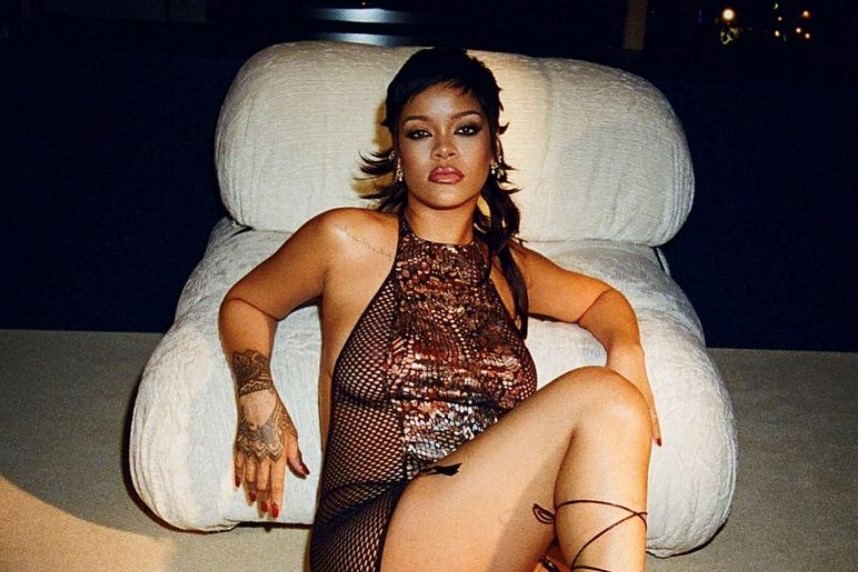 As the mogul’s third Savage extravaganza drops this week, Dazed scored a ticket to the East Coast viewing party. Here’s what’s in store…

The moment is here: Rihanna has finally dropped the third volume of her Savage X Fenty extravaganza. And though it goes without saying, the show exceeds all expectations and achieves the impossible by surpassing the last two incredible instalments. But then what did you expect? Given that’s the standard that Ri Ri sets with everything she does.

Ahead of the spectacle landing on Amazon Prime this week, the current Dazed cover star hosted two screening parties in Los Angeles and New York. We scored an invite to the East Coast party and experienced first-hand all the gasps, the lingerie, celeb cameos, and performances. Here are the moments that will make your jaw hit the floor.

Who isn’t deathly afraid of getting stuck in an elevator? Turns out, being trapped in this one wouldn’t be all that bad. Like something out of a steamy fantasy, this elevator hosts – and through its glass exterior perfectly displays — celebrities, dancers, and models from every angle as they take centre stage in Ri’s most savage looks.

The audible gasps as Cindy Crawford sauntered onto camera were well deserved, as the supermodel casually took everyone’s breath away. And that was just the beginning as Gigi Hadid, Adriana Lima, Alek Wek, Joan Smalls, Irina Shayk, Precious Lee, and more stomped across the stage. But nothing could have prepared us for the moment Em Rata walked the streets in hot pink lamé…

Uhhh, why don’t performers wear lingerie more often? Bia gave us serpentine realness draped in lime green lace with metallic Alexandre Vauthier boots as she performed “Money”. But it was all about Normani’s very 90s performance of Wild Side. Contorting her body in ways only she can, Ri got it right by putting her in a lace, beaded catsuit dripping in jewellery.

No one else turned up the way Lourdes did. Attitude was dialed up all the way to a ten, as she shimmied across the screen in deep forest green latex, complete with matching thigh-highs and lashings of clear plastic jewelry. But the end of her scene was everything, as she laid in bed with two colour-coordinated dancers.

THE SIMMERING SEXUAL TENSION OF THE CHOREOGRAPHY

Parris Goebel returned with her inimitable style of choreography that’s flagrantly fun, corporeal, and sexy. She got everyone to thrust their bodies to the beat, which made everyone the perfect canvas for Ri’s lingerie, which ranged from shiny lamé, fishnets, lace and PVC.

There was no mistaking the fact that Ri extended the masc Savage X Fenty offerings this year in a big way. From bright red pants and robes and logo-embellished boxers to the deep black silk robe Ricky Martin wore.

LEIOMY GAVE US THE BALLROOM CHOREOGRAPHY OF OUR DREAMS

There’s a reason why Leiomy calls herself the “wonder woman of vogue.” And she left it all on the floor with her performance dressed in a shimmery silver two-piece that flowed as she strutted and swayed her body.

Name a more iconic duo, I’ll wait. There’s often past RuPaul’s Drag Race contestants in the Savage X Fenty show, but seeing Symone and Gottmik together had us gagged. Who thought we’d ever see face paint like this in a lingerie show.

NO ONE WAS READY FOR ERYKAH BADU

As Erykah Badu graced the screen, a sea of waiters strutted out with shots of Hennessy to appropriately toast the moment. Adorned in a metallic catsuit, lacy robe embellished with snakeskin print, Badu topped off the look with one of her iconic hats and owned that stage.

In Rihanna’s own words, “this is what you came for” – because we all know that she never disappoints. Whether she was giving us choreo dressed in hot red PVC booty shorts over a lace catsuit, or closing the show surrounded by a sea of men in a black lace dress, Rihanna took us all the way up in the glass elevator and straight into Navy heaven.