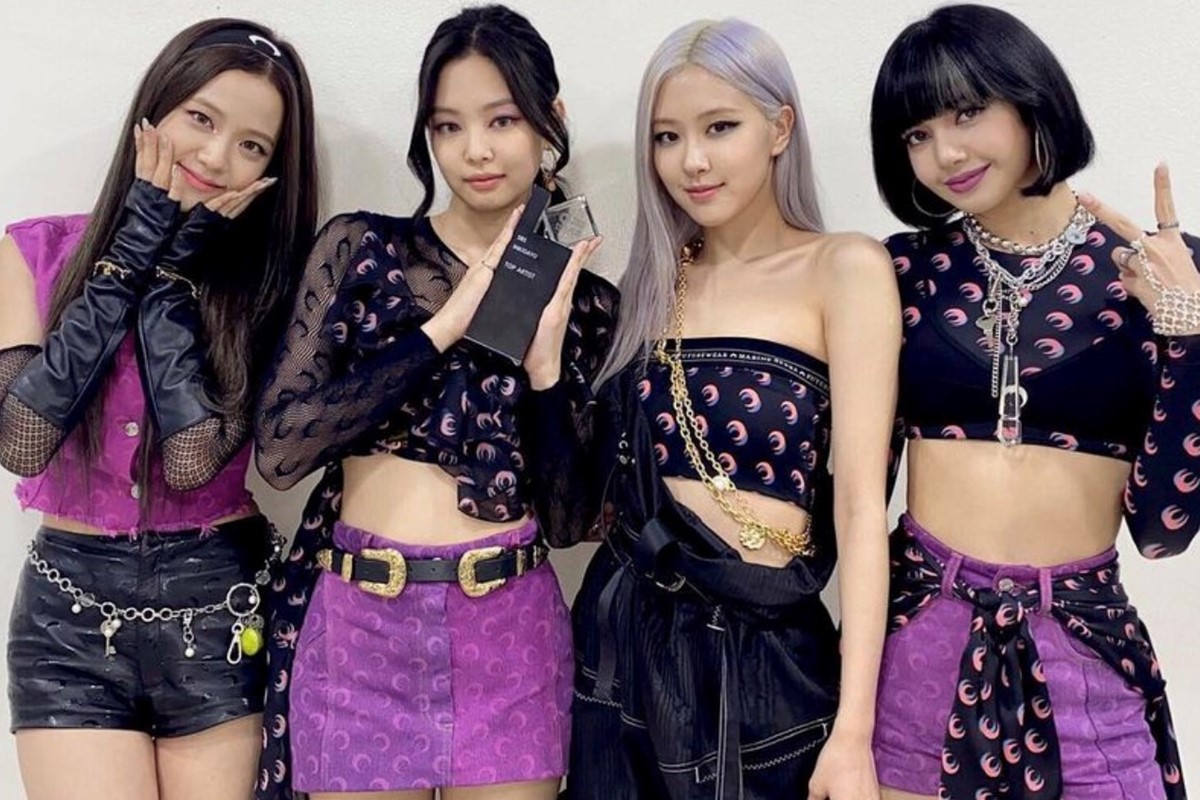 Rosé, Lisa, Jennie, and Jisoo have taken the world by storm – and brought the fashion industry along for the ride

In BLACKPINK’s Netflix Documentary, Light Up The Sky, the band’s producer points to the first ever photoshoot of Jennie, Rosé, Jisoo, and Lisa as BLACKPINK, which hangs framed in his studio. In the shot, the quartet are caught mid-jump wearing distressed denim shorts, slip-on checkerboard Vans, and paisley bandanas knotted at the waist, as if someone had typed “girl band” into a stock image search.

Fast forward four years and no one is doing it quite like BLACKPINK. Last year, their bombastic “How You Like That” became the highest ranking single of any girl band on the Billboard charts, they had the biggest music video premiere on Youtube (twice), and they even had a hand in derailing a presidential campaign rally. As well as front row seats at every major fashion show, as of last week, each member has a blue-chip relationship with separate Parisian fashion houses: Jennie is the face of Chanel, Rosé of Saint Laurent, Lisa of Celine, and now Jisoo’s at Dior.

It’s a significant level up from the supergroups which have come before them, given Ginger Spice’s iconic Union Jack dress was made from a tea-towel and Beyoncé’s mum made most of Destiny’s Child’s looks. A BLACKPINK music video, on the other hand, reads like a who’s who in high fashion. In ”How You Like That”, the girls turned out looks from Alexander McQueen, Chanel, Marine Serre, Celine, and Off-White. Similarly, ”Ice Cream” gave us Dior, Ashley Williams, Mimi Wade, Moschino, and Area. It’s the work of stylist Choi Kyoung Won, whose vision has been to place the band “at the epicentre of women’s fashion in South Korea, to create a new milestone,” as she told WWD in 2018.

While BLACKPINK come together as a traffic-stopping, editorial pantheon for their performances, it’s their off-duty moments that tell us most about their individual style personas. Rosé, who has just released her first solo track ”On The Ground”, takes a more casual approach to girlgroup femme. Think denim, simple sweats, and tennis skirts. Jennie’s affectionately known as the ‘human Chanel’ by blinks (the band’s stans) for her love of the storied french label, which speaks to her aloof, girlcrush appeal. Jisoo is cutesy, pastel, and more classically feminine. And while all are icons in their own right, it’s Lisa, the brand’s youngest member, who is the apple of the fashion industry’s eye. Filmed thrifting for her garms in Light Up The Sky, her grungy, tomboy looks have cut through much of the noise. Flick through the gallery below to see some of BLACKPINK’S most fashion-forward moments: