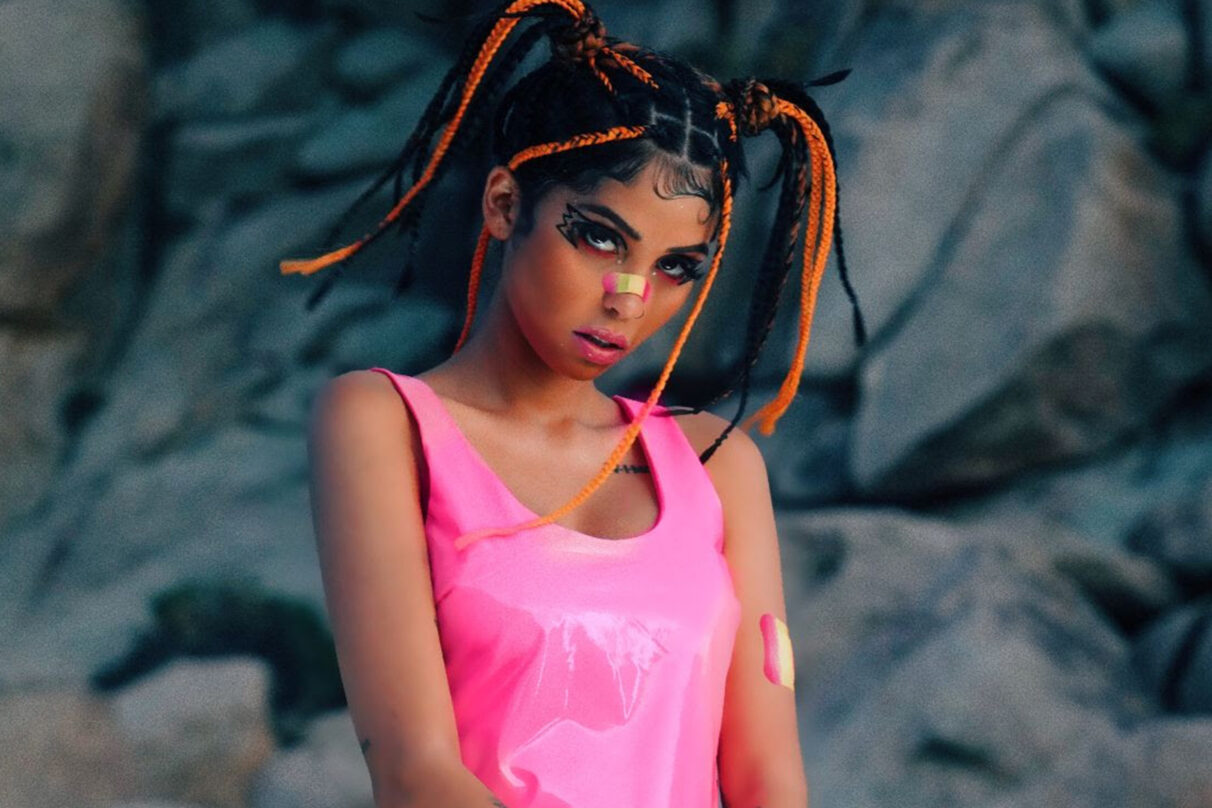 Venezuela’s Andrekza has just dropped the fourth and last single from her latest Dim Mak En Fuego EP, Cassette – Lado B, where she dives head-first in the reggaeton waters. As its name suggests, “Pedro Pan” is inspired by the children’s tale popularized by the Disney animated film. And behind its rhymes, pounding beat, and marimba melodies, Andrekza just wants to give everything she has in her to make her true love work. — Cheky

J Balvin has made the world aware of the rowdy, rough version of himself with several fierce reggaeton top-charters over the past years—and a recent controversy with the song “Perra.” That’s exactly why it’s so captivating to see him playing with a more mellow side of his voice and lyrics. In “Instinto,” the Colombian hitmaker outlines sweet melodies while singing, and yet keeps both feet rooted on perreo ground. Jose comes up sided by Yendry, a rising artist that seems to meet no boundaries—whether linguistics or stylistics—in her way to stardom. — Felipe Maia

If a song’s lyrics are thoughts and feelings made manifest, then every bilingual person should be wondering why more tracks don’t lean into dueling languages as well. “I think in Spanish but speak in English,” or vice versa, is a commonly-heard refrain from Latines and their diaspora. The Miami-based Panamanian/Cuban singer-songwriter riela capitalizes on that sentiment with her new single “if you let me” off her upcoming EP, llorar y perrear. Crooning fluently in Spanish and English, she laments the heartbreak that comes with unreciprocated energy in a relationship over an appropriately downcast electric guitar and beat. — Juan J. Arroyo

Psychedelic music is usually characterized by its mind-expanding properties, but in the hands of Mexico City’s Sunset Images, it can warp reality. By adding the aggression and cathartic properties of punk, “Prohibición” becomes something of a colossal entity, a noise-laden mini-epic that mangles anger and confusion into mosh pit fodder. As the track nears its end, darkness becomes light as melodies spring from chaos. — Marcos Hassan

Following his excellent debut EP Foren earlier this year, Costa Rican crooner Saint Olivier is temporarily stepping out of the electro-reggaeton earworms and back into the devilish R&B of his previous project, Salmoni. Counting sleek production from Mntjy, “Wave” is an unabashedly sensual tale of seduction and ecstasy; praising the stunning beauty and impeccable fashion sense of a paramour over pulsing basslines and strategically placed breath samples. — Richard Villegas

Lucas/Heaven – “Every City Has a Rhythm”

Chicano artist Lucas Gorham has previously recorded under the names Heaven the Dude and Heavin, but he’s now ready to introduce to us his work as Lucas/Heaven with his debut album Blues of the World, coming out next year. On its first preview, “Every City Has a Rhythm,” Gorham created an uplifting, acoustic guitar-led song that tackles gentrification without ever being preachy. Instead, he celebrates the unique pulse every city and its people have, giving us something to both dance and reflect on. — Cheky

“Lamento” is a beautiful and angsty cry against racism. Originally composed by Brazilian singer and songwriter Lazzo Mantumbi, the song released in his 1988 self-titled album is now reborn for new generations. The revamped version comes within the remake of the LP, a project led by Brazilian DJ duo Rabo de Galo and producer Ubunto, who invited the young singer Nara Couto to join the team in this very song. In its 2021 version, “Lamento” sounds as strong as ever with powerful lyrics carried by chunky basslines and overdubbed samba-reggae drums. — Felipe Maia

Francisco Mora Catlett is no stranger to the sounds found within his new album, Electric Worlds, having spent seven years as a member of the Sun Ra Arkestra lineup. That sojourn was followed up by the two-volume Mora! albums that indulged in more traditional Latin jazz sounds than the experimental Afrofuturism that was Sun Ra’s hallmark. True to its name, “Electric Worlds” has the Mexican-American composer successfully embark anew on the medium that marries African rhythms with electronica, breathing new life into a long-ignored genre and demonstrating he hasn’t lost a step. — Juan J. Arroyo

Oftentimes, improvisation between musicians from different backgrounds is more interesting on paper than in practice, but the unlikely pair of ambient practicians Un rêve and voice-based sound artist Juan Pablo Villa makes something extraordinary. The result is “I,” an hour of daring yet gentle exchange in which each musician stir each other from contemplation to dissonance and back, creating beautiful if unusual music made from the material dreams are made of. — Marcos Hassan

Largely known for his production work with buzzy Puerto Rican artists like Calma Carmona, Nutopia, and Dogos, J Rochet is finally ready to step into the spotlight with his own brand of atmospheric indie-pop. His latest single “Respira” is an ode to the encouraging voices that pull us through the darkest of times, framed within floating guitars, resonant drums, and driving synths that add effervescent punch to Rochet’s ethereal vocals. — Richard Villegas