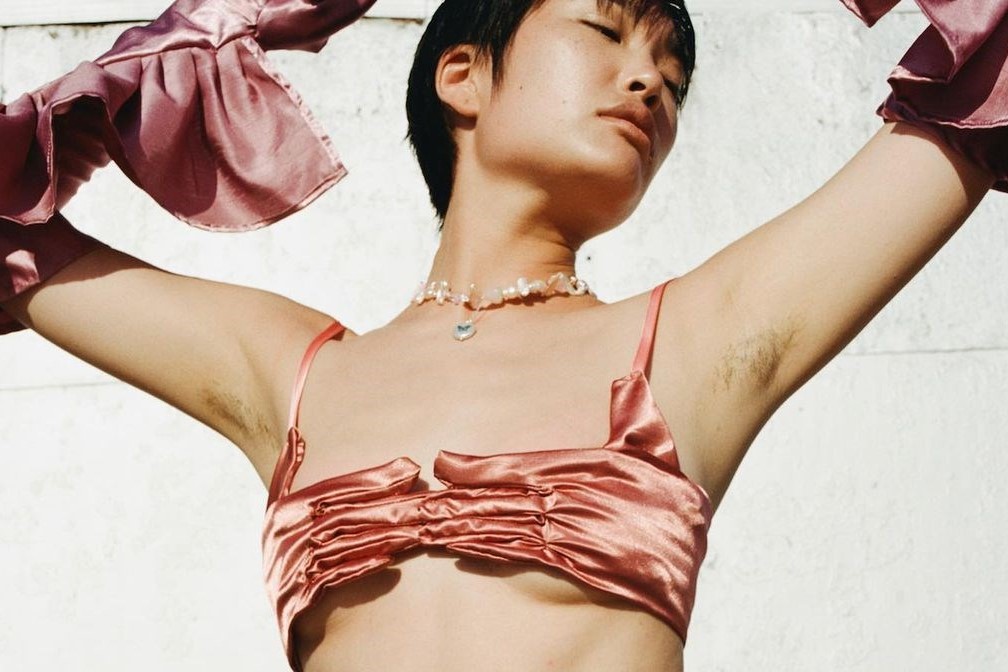 Black Friday might be upon us, but the likes of Café Forgot, Distal Phalanx, and APOC offer something far more fulfilling than lining Jeff Bezos’ already bulging pockets

As the world shifts into a shopping frenzy courtesy of the least-woke ‘holiday’ ever – seriously, how is Black Friday still a thing? – it might be the right time to recount your hard-earned coins and consider where you spend them. Last year, 93.2 million eager shoppers dropped a casual $7.4 billion on the last Friday of November, with millennials making up a huge proportion of those sales.

Those who benefit most from this event aren’t the buyers, however – no matter how good a deal they got on some heavily-discounted goods our capitalist overlords convinced them they needed. Instead, massive corporations like Amazon, Target, and Walmart are lining their already fat pockets with our cash, as they drop their prices to unreasonable lows thanks to the questionable ethics of their businesses.

But what about the mini shopping heavens that support emerging designers? Thanks to COVID-19 and the shitshow of a year that came as a result, now more than ever it’s important to support the indie retailers and labels keeping fashion exciting – even if they’re not able to slash 70 per cent off garments that are so lovingly crafted you can basically feel the blood, sweat, and tears of the designer that made them when you run the fabric through your fingers.

With that in mind – and to distract you from getting caught fighting over a barely discounted 58-inch plasma TV you probably don’t need and being plastered over the cover of the Daily Fail – we’ve curated a list of 10 independent stores you might want to drop your hard earned cash with this weekend and beyond.

When Tracey Suen and Jules Volleberg launched APOC this summer, they set themselves a challenge to provide designers and artists with an alternative solution to the old school retail model. Instead of the strict seasonal buys and unrealistic minimums, they offered emerging, unique creatives a virtual space to sell and grow within their limits. “We think having a platform that doesn’t provide designers with any creative or commercial restrictions is refreshing as they are able to make one-off pieces as and when they wish – as opposed to placing an order months in advance,” explains Suen.

This ad-hoc approach has allowed them to line up an extensive range of product – everything from fashion, jewellery, and accessories down to art pieces and design objects (including a toilet roll holder made out of recycled plastic). Their designers might not share visual aesthetics, but are unified by the ethos which heavily focuses on being conscious in all aspects of production. Right now, you can shop 3D disc gloves by CSM grad Sun Woo and lighters-turned-hair-berets by Corrina Goutos, as well as former beer-towel wonders courtesy of Welsh designer Adam Jones.

In the case of Native Brooklynites Vita Haas and Lucy Weisner, it was a fashion club they started in high school that became the root of their big business idea which, in 2017, launched as Café Forgot. Inspired by the young designers in their friendship group who didn’t have a way to sell their work, they decided to create a “dynamic space to display innovative fashion and host events that would introduce designers to a wider community.”

Since its inception, the store has realised itself through a series of ephemeral shops vibing with what Haas and Weisner describe as a “DIY aesthetic and a quasi-punk ethos.” In the face of COVID-19, they had to shift their spotlight from the physical experiences and onto e-tail, but are currently most excited to be stocking an exclusive collection of hair accessories by Japanese hair stylist YuYa Nara. And to make sure the holiday season isn’t a stink, they are bringing out their own Café Forgot fragrance along with a virtual trunk show in collaboration with Pratt Institute fashion alumni from the class of 2020.

Is fashion art? Answering that eternal question with her store is Emma Berson who started Akyn as a selling space that treats clothes as pieces of art. But instead of the wall, they hang on our bodies and instead of a gallery, they’re sold on her website as one-offs. Recognising a shift in focus to unique, sustainable pieces in fashion retail, Berson is intent on collaborating with creatives whose work speaks to her through their handmade qualities. “This includes objects with some sort of artistic endeavor involved in their making – like drawing, painting, sculpture, photography…  I also look for more simple cut-and-sewn pieces made from sustainable or vintage materials.”

Through monthly drops, she has already released Jetpack Homme’s cigarette bud necklace, Sinja Hamilton’s illustrated tees, and Willow O’Toole’s tattoo-like leather outerwear. And while a lot of these gems are already sold out, you can still get your hands on some special pieces that might just propel you into the esteemed ranks as a bona fide art buyer.

If Emily went shopping in Paris, she probably wouldn’t end up in Paradise Garage because… well, because she’s not the kind of girl that would wear a LOVERBOY hat, a Telfar bag, and a Kenneth Ize striped fringe shirt. Carefully curated by stylist and ex-buyer Estelle Chemouny, who co-founded the place with her husband Elie, Paradise Garage is a recent addition to the French capital’s retail landscape. “Paris has almost everything when it comes to luxury fashion designers but we realised there are plenty of upcoming designers who did not have a deserved window in this city,” says Chemouny.

Her approach was simple yet effective – bringing together pieces from menswear-first brands that can easily be worn by any gender. “We are also very into prints and colors and that is something Parisian stores don’t usually propose,” she adds. Most importantly – yes, you heard it right. Paradise Garage might be one of the only places that actually have the Telfar tote in stock in a range of colours. What are you waiting for?

Run by a team fronted by Charissa Chioccarelli and fuelled by the motto “by women, for women”, ISLA threw open its doors in 2017 as the first salon in Berlin to offer custom nail art. But as their community grew, so did the space’s ambitions to expand into the realm of fashion.

Today, the store is one of the rare shopping spots in the German capital that stocks an eclectic mix of indie brands which includes funky knits by House of Sunny, bodywear 2.0 by Fantabody, and a whole range of special edition Converse kicks. Throw in some cult labels like X-girl and Obey and super sexy fits by Namilia (such as the Prince Albert shoulder bag) and you’ve got yourself the makings of every Gen-Zer’s dream wardrobe. As a way of adapting to the current lockdown measures in Germany, ISLA are now also offering deliveries of customised press-on nails in replacement for the physical appointments.

Tucked thousands of miles away from the four fashion capitals, Sydney-based store Distal Phalanx is proving that geography is just a construct when it comes to running a successful retail business. Founded in 2014 by Danielle Plaisted, the store has evolved from being one of the early adopters of alt brands like KTZ and DI$COUNT UNIVER$E into representing a very concise portfolio of modern sexuality expressed through the medium of clothes. “I buy what I love which really makes it feel like I’m dressing my friends in my friends’ amazing clothes and jewellery,” says Plaisted.

At Distal Phalanx, you can get your hands on a slice of Vaquera’s offbeat fantasy, a pair of Western Affair’s fluffy upcycled mules or perhaps opt for Barragán’s cult-ish denim and jersey pieces that conquered the IG feed all summer. With Telfar, Hardeman, and even some special launches with Claire Barrow also on the line-up, the store’s website is the kind of virtual spot you should set as your homepage to avoid missing out on the next super-exclusive drop.

As with a lot of stores on this list, 50m is all about celebrating the community of designers and artists by providing them with a jumping-off platform. But two years after their initial opening inside London’s Eccleston Yards, the fashion-focused social enterprise founded by Something & Son has evolved into something far bigger. Now, in addition to selling the works of Rosie Evans, T Label, and Wright Le Chapelain, 50m also boasts a mentoring programme materialised through numerous networking events organised at the store.

“For us, interesting fashion and art is work that either brings joy and personal liberation or is doing something or saying something about making the world better,” explains Paul Smyth, one of the space’s co-founders. Some of the creatives he’s most excited about right now include the editor of  intersectional environmental anthology Slow Grind, Georgina Johnson, body-framing couturier Michaela Stark, and Natsai Audrey Chieza, whose research around biotechnology and textiles is paving the way for a positive future.

Just like your local off-licence, htown is here to provide you with wonders you can find there and nowhere else. Taking the notion of unique drops to the next level, its founder and ex-buyer Harry Fisher launched the store in September with a niche selection of menswear created by some pretty major names. “Our exclusive products that we worked on with Martine (Rose) & Y/Project have been really successful, in London especially,” says Fisher. Others on the very concise list include rising designer Ahluwalia and Dazed 100er Saul Nash, with each having crafted a series of unique styles for htown’s growing customer base.

For the coming holiday season, Fisher has worked on a charity sale profiting Black Lives Matter with a list of donating brands extending from the store’s own selection – with the likes of Burberry and Casablanca among them.

Craft is at the core of Laura Banas’ Y2K take on all-American shopping. Simply called Mall, her store houses the works of DIY kings and queens like Tyler McGillivary, Ed Curtis, Christina Seewald, and Mila Sullivan, all of who use their garments as a canvas for artistic expression. “Many of the designers I work with are passionate about sustainability, whether it be upcycling vintage textiles into one of a kind pieces, hand-making small runs, or producing transparently and ethically on a factory-level scale,” says Banas.

Mall’s unofficial speciality are the off-the-wall miscellaneous items that could easily start TikTok trends in a matter of days – think tie-dyed clown socks by Crackers Time, scribbled tights from Emily Dawn Long, or Piera Bochner’s hand-poured candles molded from abstract-looking produce found around the markets of the world.

Self-defined as a “friendly neighbourhood fashion store” Toronto’s Soop Soop might be one of Canada’s best-kept secrets. Originally launched in 2014 outside of the city’s usual shopping area, it has established itself as a top spot for magazine obsessives. In addition to stocking over 85 fashion publications hand-selected by its founder Christina Pretti (yours truly included), Soop Soop also sells an in-house line of casual jersey pieces as well as a tight set from Eckhaus Latta, Telfar, Ernest W. Baker and – wait for it – Crocs.

“We have a pretty satirical approach to our decor, merchandising, and imagery – the idea of trying to make something ‘cool’ has always felt cringy to us,” notes Pretti, who admits to feeling the pressure brought by Black Friday madness. “With all the big retailers chasing each other to the bottom with discounts and people comparison shopping, we’d never sell anything if we just sat tight at full price, so we have no choice but to follow suit, otherwise we wouldn’t survive another season or be able to pay our brands. It’s such a shitty cycle.”